Initial attack it’s a necessity, not an option

When a fire is small, it is easier to extinguish it and therefore, the sooner it is attacked, the sooner it will be put out.  It seems a simple principle, and it is, since there are many studies that support that this methodology works. Paradoxically, there are few countries that carry out these techniques, despite offering excellent results.

Spain or Portugal, for example, uses the A.V.A. system (Surveillance and Attack Aircraft), based on the AT-802, in land or amphibious version according to the geography of each country. On days and time slots with a high probability of fire, aircraft patrols pre-set areas to monitor or attack immediately if they see columns of smoke or small fires. The use of this particular aircraft is the key: it is an initial attack aircraft with a great capacity and speed, very versatile and maneuverable, which also attacks in swarms, allowing matching the figures of large aircraft at a much lower cost and with greater versatility. In this way, lot of time is saved and the fire is contained quickly, giving the rest of the ground and air units time to arrive and extinguish the fire (in case it has not yet been extinguished in the first discharges).

This, obviously, means a great saving in costs, very little burnt surface, without loss of human lives or damage to infrastructures and guaranteeing the safety of citizens and professionals, among many other benefits. In the following example, we see a comparative report extracted from an article published in Doxastic Safety by an AT-802 pilot (Fig.1) , comparing how he dealt with a fire in California and another in Ibiza on the same day and originating in very similar conditions. The data extracted are part of those collected during the operation and those thrown by the Balearic Nature Institute

FThe comparison gives very enlightening information: investing in a strong initial attack pays off, but above all, it saves costs and losses. The key is simple: fires must be extinguished when they are small. Deploying large, high-capacity aircraft entails high costs, very little versatility and, in short, an ineffective way with very high losses paid for by taxpayers, and some of them, such as human lives or the loss of natural sites, are simply unrecoverable.

In 2017, the U.S. Forest Department spent $2.5 billion on fires, “an all-time record. It is estimated that by 2025, the department will invest 67% of the Forest Department’s budget in firefighting. But is it really about investing more, or investing better?

Fires can cost less, at all levels. But public administrations tend to opt for reactive rather than preventive models. And of course, the consequences of these practices are often disastrous. California 2020: over $20 billion in direct expenditures, and a similar or higher figure estimated for fire-related expenditures. 60 great fires this season. Nearly 1 million hectares razed. The dubious honor of being the worst fire season in the last 70 years (according to the data provided by the National Interagency Fire Center). Australia 2019-2020: More than A$103,000 million in losses, many of them irreversible and unrecoverable. More than 18 million hectares of land have been burned, more than 3 billion animals have died. Some species are close to extinction. 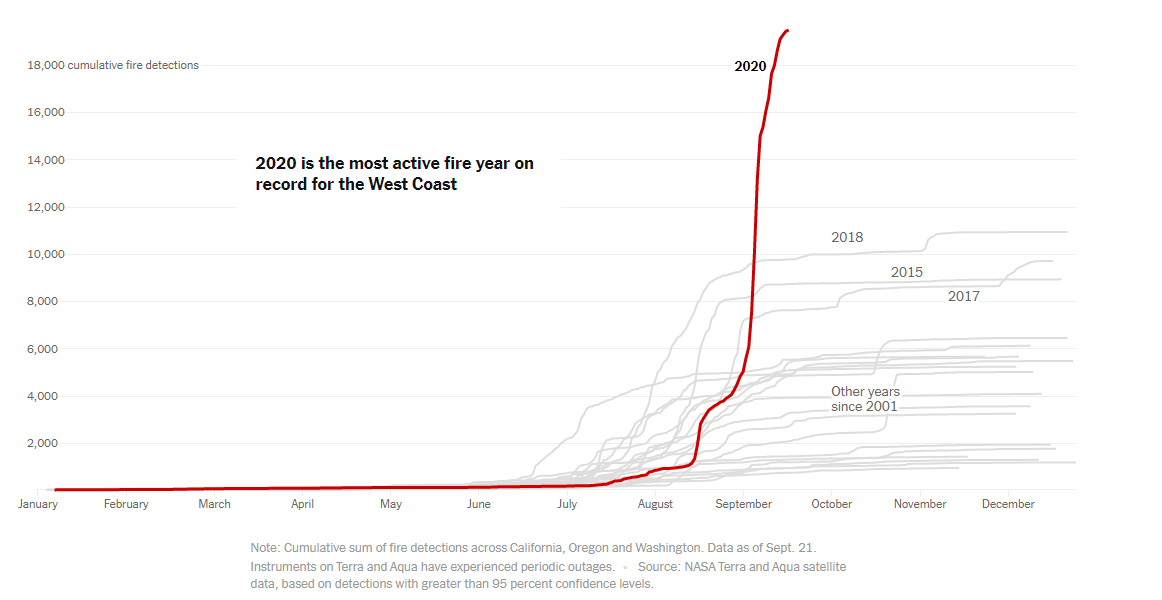 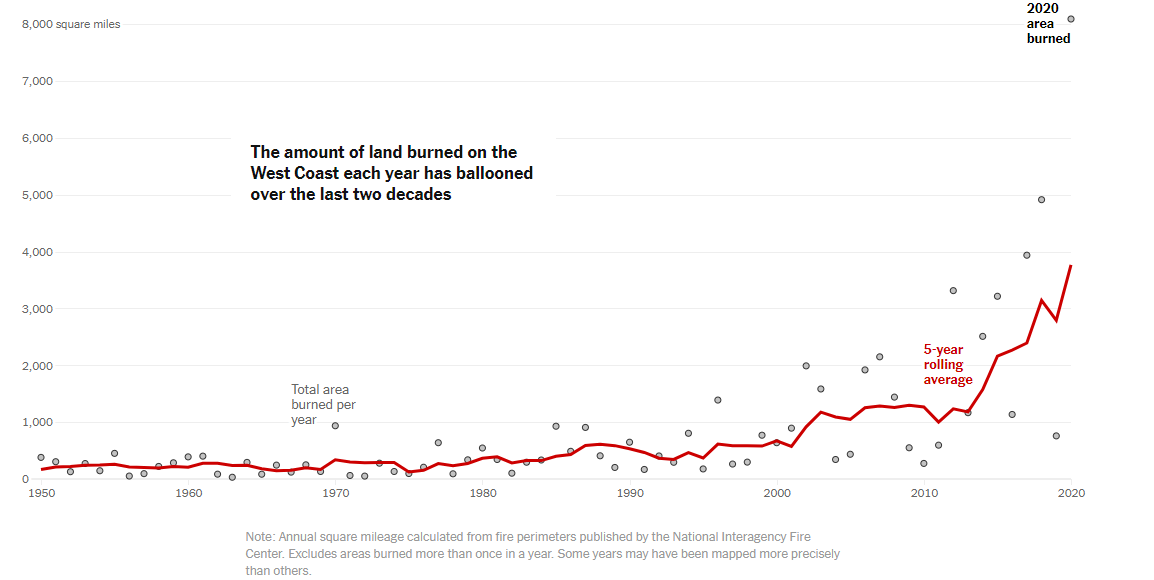 Fig2. 2020 has been the most active fire season in its recent history. However, in the last two decades, we have already seen an area of burning that is increasing every year.

And although the COVID crisis has not helped in the fight against fire, these figures cannot be attributed to an isolated event or a particularly hard season. California’s average fire spending over the past 50 years was about $1 billion annually, with a dramatic increase in recent years, where this figure has increased tenfold to $10 billion for the year

This situation, largely caused by climate change, makes one thing clear: the rules of the game have changed. Fire seasons have become longer and more heterogeneous, and there are no longer guarantees as to when or how fires will occur, because they now occur throughout the year. In many countries there is a duality between mega fires and droughts that is very irregular and unstable. The consequence, therefore, is clear: one must be alert at all times, so the balance must be tipped towards preventive war.

As long as public administrations continue to support obsolete firefighting models, expenses will continue to increase and results will be increasingly negative. In a context like this, it is necessary to appeal to reason and insist on the need to invest, mainly, in preventive means and in aircraft that can quickly extinguish fires, which can operate from any base close to the fire. Not only because it is a very small investment in relation to the multi-million dollar losses involved in not doing so, but also because of the lives that can be lost, the fauna and flora that can be extinguished and the infrastructure and natural areas that are razed to the ground every year by the flames. Money that is misused in most cases and that, in the end, is paid for by all citizens.