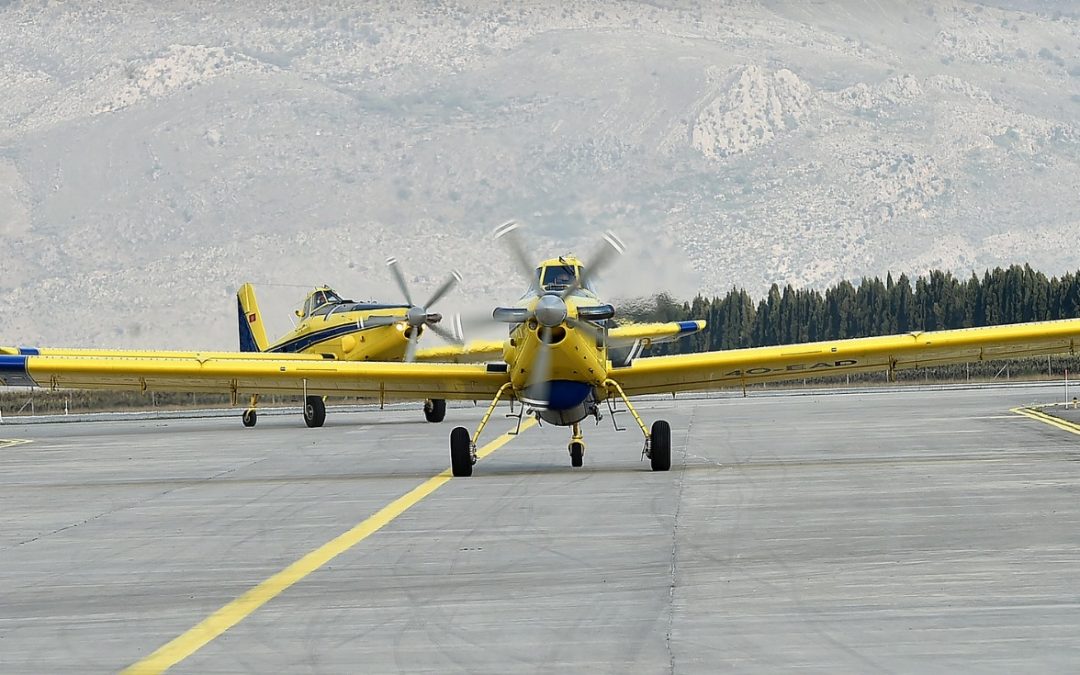 The devastating wildfires that started in Bosnia Herzegovina in early April, combined with a shortage of specialized aerial firefighting assets in that nation, prompted the authorities in Sarajevo to request international assistance on 10 April. In response, the Government of Montenegro ordered the imminent deployment of three Air Tractor AT-802 firefighting aircraft to the neighbouring nation by the Ministry of the Interior of Montenegro.

The AT-802 simultaneously bombed the fires in the area of Konjic, close to the capital. Within a few hours, the devastating forest fires were brought under control and the Montenegrin “yellow angels” were able to fly home that same afternoon, after the two helicopters of the Armed Forces and the local fire brigade were not successful.

“These special planes [Air Tractor AT-802] are not that expensive and are ideal for Bosnia Herzegovina,” said the Minister Radončić. “After the coronavirus pandemic, we will see what the priorities are and I will personally advocate that this is one of them,” he concluded.

With an impressive water capacity of more than 3,104 litres and a capacity to use highly effective firefighting foam and retardant, the US-made Air Tractor AT-802 has become a global standard for airborne firefighting aircraft because it is accessible, affordable, cost-effective and extremely effective.

It is not really known why the authorities of Bosnia Herzegovina constantly ignore the need and inexplicably delay the acquisition of the AT-802, when the Scientific Study for Fire Fighting in Bosnia and Herzegovina clearly reflects that it is the preferred aircraft for firefighting in the country.

The consequences of not following the model established by many other countries are seen every year, so that forest fires will continue to be a harsh reality in a country where more than 48% of the country is forested. Hundreds of terrestrial and amphibian AT-802 are also in service in Spain, Portugal, Italy, France, Sweden, Croatia, Macedonia, Cyprus, Israel, Canada, Argentina, Brazil, Australia and the United States.

There is still a possibility that if they act immediately, Bosnia Herzegovina will have a dedicated, properly equipped and staffed fleet of firefighting aircraft by the summer of 2021, which will transform the nation from a consumer of forest fire safety to a self-sufficient safety provider. All that is missing is a serious political incentive and a practical demonstration of natural and autonomous patriotism, a commitment to the security of the nation and its natural wealth.